Gonur Tepe is an archaeological site located about 60 km north of Mary (ancient Merv), Turkmenistan consisting of a large early Bronze Age settlement. It is the "capital" or major settlement of the Bactria–Margiana Archaeological Complex (BMAC) dated from 2200-1700 BCE.

The site was discovered in the 1950s by Greek-Russian archaeologist Viktor Sarianidi, and excavated in the 1970s. Sarianidi uncovered a palace, a fortified mud-brick enclosure, and temples with fire altars which he associated with the Zoroastrian religion. He also found what appears to be the boiler for the ritual drink soma, which is mentioned in the Rigveda and also in the Avesta as haoma. Sarianidi says he also found dishes with traces of cannabis, poppy and ephedra. According to Sarianidi,[year needed] this discovery strengthens the theory that these were the ingredients of soma. Mallory (1997) points out that the BMAC fortified settlements such as Gonur and Togolok resemble the qila, the type of fort known in this region in the historical period. They may be circular or rectangular and have up to three encircling walls. Within the forts are residential quarters, workshops and temples.

There were increasing incursions of nomadic encampments of the Andronovo culture at the site during the period 1800-1500 BCE. According to Lamberg-Karlovsky, presence of Andronovo pottery at Gonur, the characteristic ceramics of the Eurasian steppes where the modern horse was domesticated, certainly implies that the horse was known to the BMAC. However, Sarianidi disregards the steppe connection for the presence of the horse in BMAC.

The northern part of the complex had a central citadel-like structure about 100 by 180 m (330 by 590 ft) in size. A southern complex is about 1.5 hectares in size. Gonur is among the largest ruins in the Morghab delta region; over 150 ancient settlements have been found there, on a total area of some about 55 hectares, dating between the early Neolithic (7th millennium BC) and the early Bronze Age (2500-1700 BCE).The site was most likely abandoned after the course of the Murghab River shifted to the west. 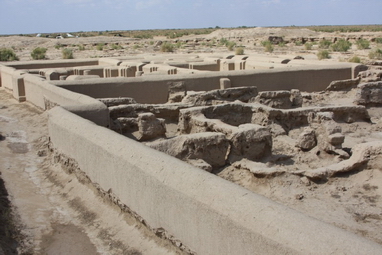 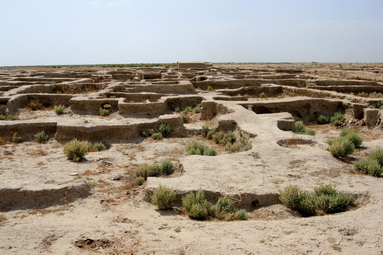 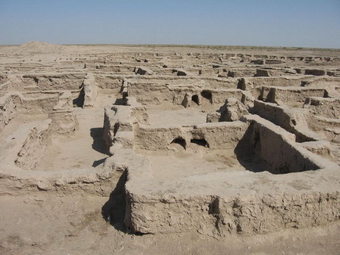 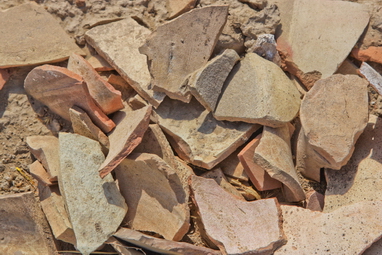 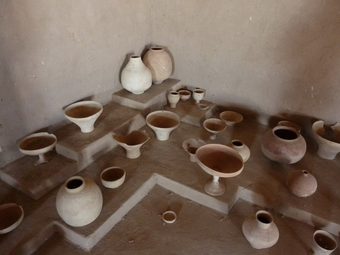 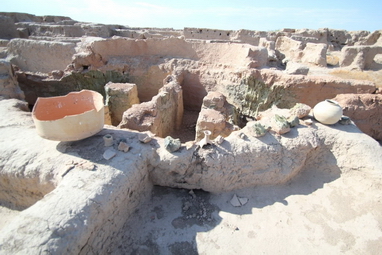 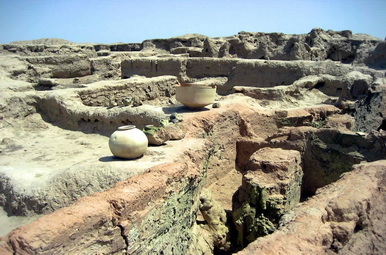 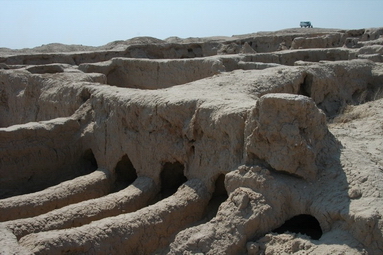 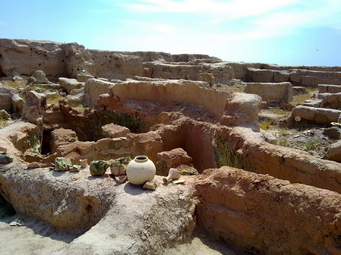 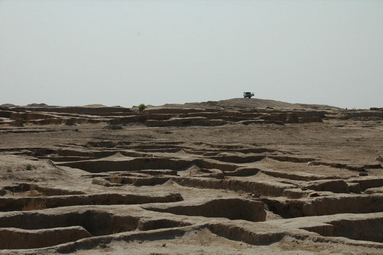 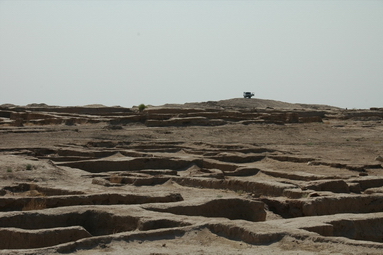 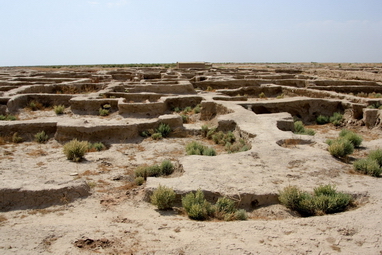 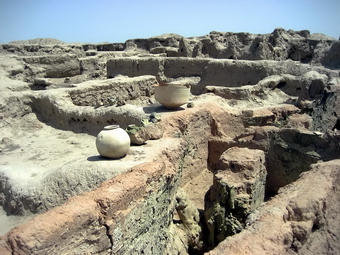 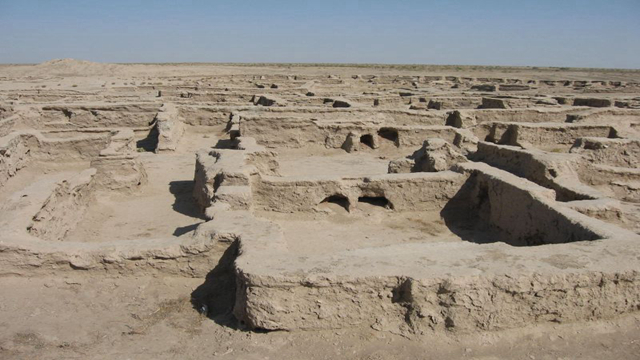 The concept of Central Asia was first proposed by Alexander von Humboldt, a German geographer, in 1843. There are many definitions of its scope. 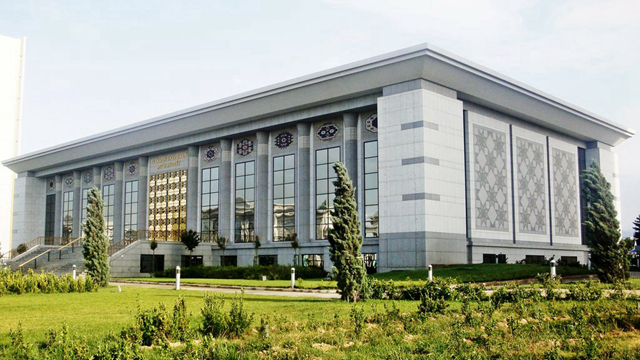 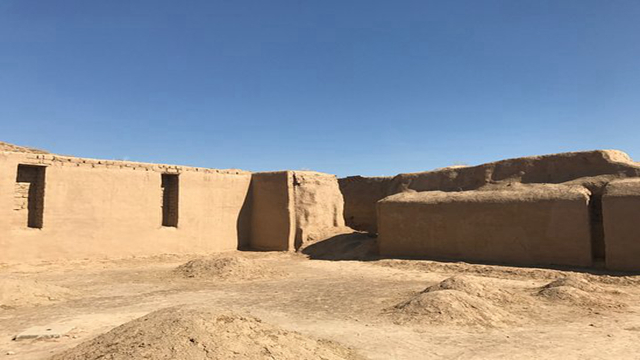 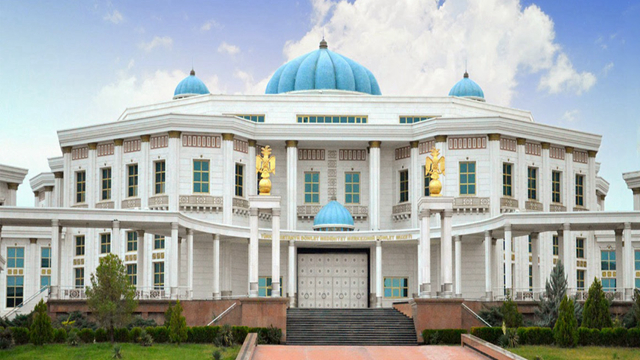 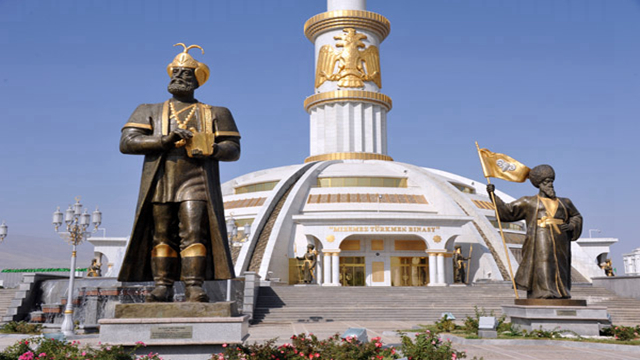 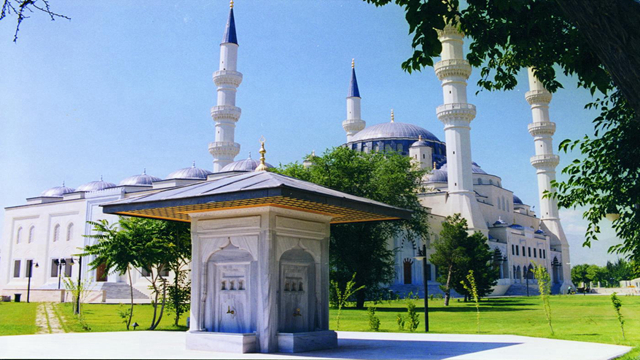